CEO Warren Buffett reaffirms aversion towards cryptocurrencies, says they have ‘no value’ 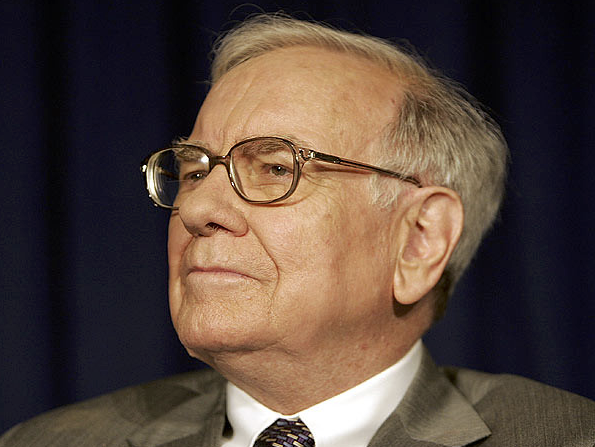 Berkshire Hathaway CEO and Chairman Warren Buffett didn’t hide his aversion towards cryptocurrencies in his recent interview with CNBC’s Becky Quick on Monday.

“Cryptocurrencies basically have no value and they don’t produce anything,” he said. “In terms of value: zero. I don’t have any cryptocurrency and I never will.”

It isn’t the first time Buffett speaks against digital coins. In 2018, the American business magnate called bitcoin “probably rat poison squared.” He also described the decentralized digital currency as “mirage,” “not a currency,” and “tulips.”

Last year, Justin Sun, founder of cryptocurrency TRON and CEO of file-sharing firm BitTorrent, reached out to Buffett in an attempt to change his mind about cryptocurrencies. Sun bid $4.57 million in a charity auction to have a meal with the investor and bitcoin skeptic. However, both didn’t change his stance on bitcoin after their encounter.

“When Justin and four friends came, they behaved perfectly and we had a very friendly 3½-hour dinner and the whole thing was a very friendly exchange of ideas,” Buffett recalled.

In 2019, Buffett likened bitcoin into a gambling device and did not consider it an investment. For him, it doesn’t do anything and even compared it to a button in his jacket saying that he could offer it for $1,000 and get its price up to $2,000 by the end of the day. However, in the end, it only has one use.

“It’s a gambling device... there’s been a lot of frauds connected with it. There’s been disappearances, so there’s a lot lost on it. Bitcoin hasn’t produced anything,” Buffet said. “It doesn’t do anything. It just sits there. It’s like a seashell or something, and that is not an investment to me.”

Earlier this month, Sun took to Twitter to share his dinner with Buffett. In his social media post, Sun said that Buffett was convinced about the great potential in blockchain and lots of his portfolio were exploring it. Also, Buffett felt that bitcoin needed a lot of work to capture the value of blockchain.