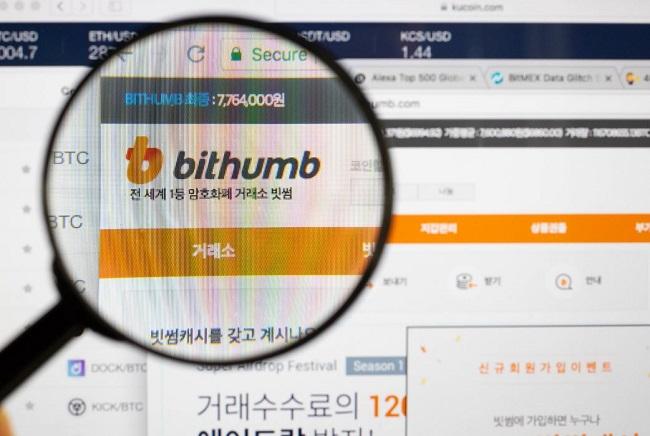 “Bithumb logo on a computer screen with a magnifying glass” by Marco Verch is licensed under CC BY 2.0

According to the news outlet, the prevention center, which will employ 30 people, will strictly implement the Know Your Customer (KYC) procedure and enhance suspicious transaction reports (STR) and fraud detection systems (FDS). Any fraud-related problems and mediating issues will also be tackled.

The center, which represents an upgrade to its existing fraud prevention initiatives, will reportedly leverage big data to detect potential money laundering plans. Authorities can regularly check Bithumb exchange accounts linked to banks under real names to see if they are complying with the cryptocurrency guidelines.

The center will start its business in July. In addition, Bithumb has reportedly established a hotline with other local major cryptocurrency exchanges in Korea.

The news comes after the company, along with other major Korean cryptocurrency exchanges, reportedly updated its terms of services to state that they will be held accountable for user losses in the case cyber-attacks or system malfunctions, following new recommendations from the country’s antitrust watchdog.