The economist explained that governments and central banks are not too serious in regulating BTC at this point since its usage is limited. 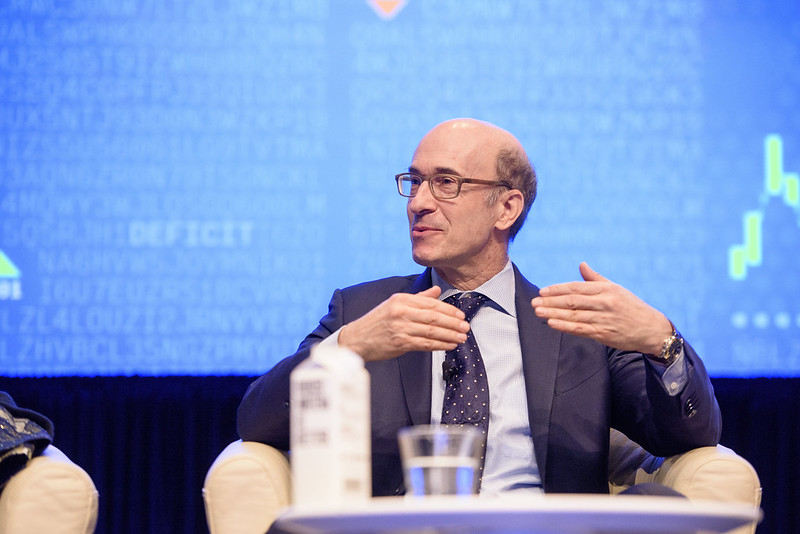 With the market rally pushing Bitcoin (BTC), Ether (ETH), and other cryptocurrencies to new heights, digital assets are becoming more attractive to investors. In fact, a new report revealed that BTC’s rally is the main driver of January’s 15.7 percent rise in the number of crypto users worldwide.

While cryptocurrency adoption is indeed increasing, it’s unlikely for Bitcoin or other cryptos to become mainstream. It won’t reach that point because central banks will bar it from happening, according to the former chief economist of the International Monetary and Harvard Professor of Economics Kenneth Rogoff.

“Eventually over the long course of history, the government first regulates and then it appropriates, and I think we can see that happening here,” Rogoff warned, according to Bitcoin.com. The economist shared in views on Bitcoin’s future, its bull run, and regulatory developments in an interview with CNBC TV18 last week.

Rogoff expressed his doubts about Bitcoin’s valuation. The crypto set a new high above $58,000 last month before a series of price corrections forced its price to retreat. At the time of writing, BTC traded at $48,227 based on Coinmarketcap data.

“Zero interest rates can produce a lot of funny asset valuations, so that is certainly part of it,” he answered a question about BTC’s bull run. “Clearly, there are a lot of wealthy people and well-known financiers, often very senior, who publically said they are investing in it [bitcoin] and that has given confidence.”

The economist explained that governments and central banks are not too serious in regulating BTC at this point since its usage is limited. “The real issue is that for the moment it is not really used for a lot of meaningful transactions, except in war-torn states, where I think people use it to get money in and out,” Rogoff said. “That’s certainly a good use.”

The economist believes that governments are a bit hesitant to impose stricter regulations on Bitcoin at the moment. The reason for this reluctance is that governments want the various innovations being developed in the crypto space to continue.

“But make no mistake, the governments need to retain control over taxation, controlling crime, etc,” Rogoff concluded. “They need to maintain control over the unit of account — the currency. Yes, private innovation can come out for a while, but eventually, over the long course of history, the government first regulates and then it appropriates, and I think we can see that happening here.”