Jerome Powell believes that Bitcoin's volatility does not make it an effective replacement for the U.S. dollar. 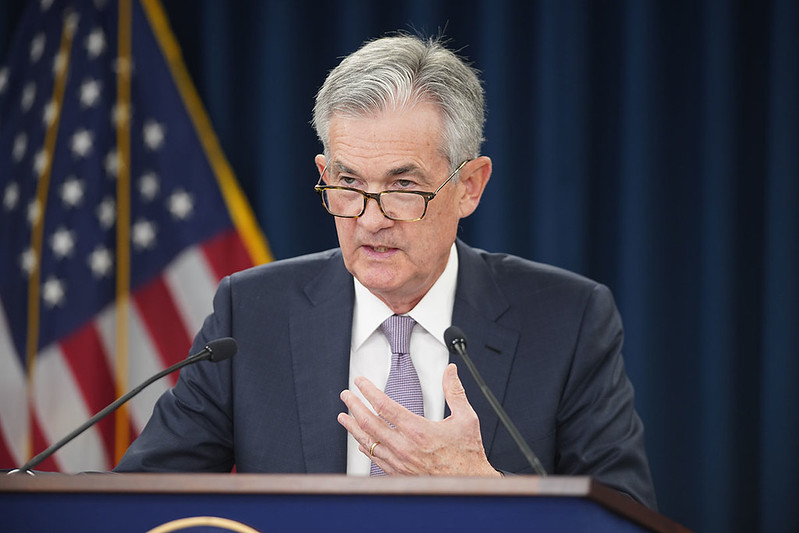 With the rising popularity of Bitcoin and other cryptos, many have put forth the possibility that BTC might eventually challenge the U.S. dollar’s status as the world’s reserve currency. However, the chair of the United States Federal Reserve believes that such a scenario could not happen since the crypto is too volatile, which makes it unsuitable as a store of value.

At an event on Monday that was hosted by the Bank for International Settlements (BIS), Fed Chair Jerome Powell made some comments about cryptocurrency. One of the questions he encountered was whether or not Bitcoin or other cryptos could threaten financial stability.

Powell said that it is unlikely to happen due to due the volatility of the prices of cryptocurrencies. “Crypto assets — we call them 'crypto assets' — they're highly volatile — see Bitcoin — and therefore not really useful as a store of value, and they're not backed by anything,” the Fed chair replied, according to Cointelegraph.

While he said that Bitcoin is not an effective replacement for the dollar, he also pointed out that BTC could be a substitute for gold. “They're more of an asset for speculation, so they're not particularly in use as a means of payment,” Powell added. “It's more a speculative asset. It's essentially a substitute for gold rather than for the dollar.”

The Fed chair also expressed his opinion about stablecoins. “To the extent, a stablecoin is backed by sovereign currencies of leading nations, that's certainly an improvement over crypto assets, I would say,” Powell said. “But nonetheless, where's the credibility come from? It comes from that sovereign currency that is the backstop.”

The Fed has considered creating its own digital currency and has partnered with MIT researchers last year to build and test a CBDC, according to Business Insider. However, Powell said that there is no need to rush the project.

“To move forward on this, we would need buy-in from Congress, from the administration, from broad elements of the public, and we haven't really begun the job of that public engagement,” the Fed chair said. “Because we're the world's principal reserve currency, we don't need to rush this project. We don't [need] to be first to market.”