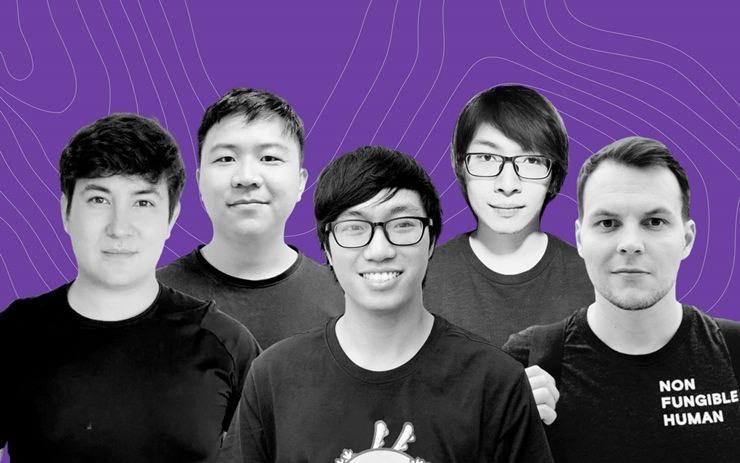 The game industry is paying attention to blockchain technology as an opportunity for growth and innovation. The future of game companies seems to depend on the two emerging technologies; NFT and P2E. NTF can give the ownership to users and P2E allow players to make money while playing games. With this two factors, Sky Mavis, the developer of Axie Infinity, is leading the blockchain game craze. At this point, Tokenpost conducted an interview with Aleksander Larsen, who is COO of Sky Mavis. 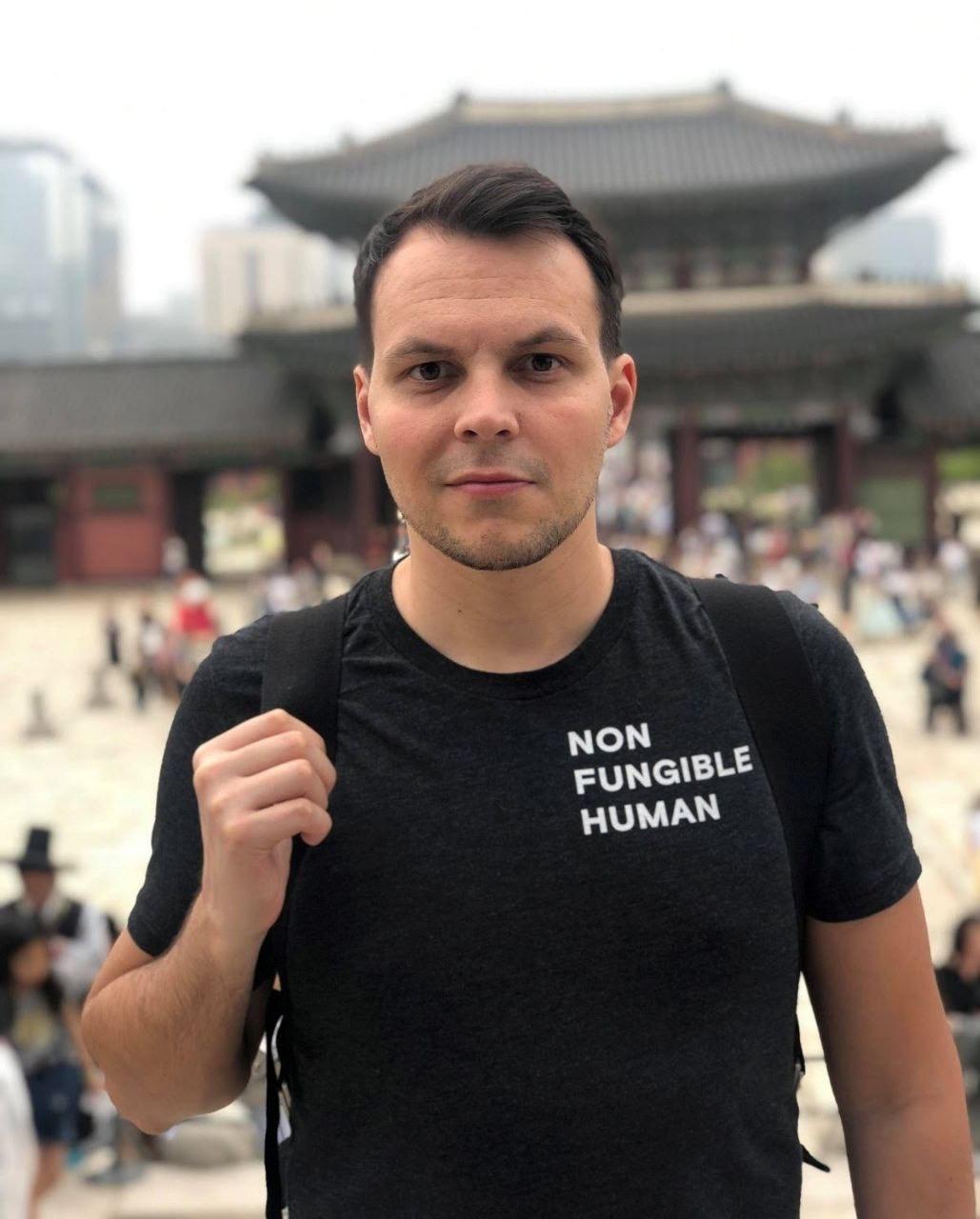 Q, Please introduce yourself and your company. When and how did you enter the world of cryptocurrency and blockchain?

I am Aleksander Larsen, Co-Founder and COO of Sky Mavis. I’m responsible for all things business-related in Axie Infinity. Before Axie Infinity I worked as a manager in the Norwegian state and spent my free time as a content creator and competitive gamer. I was ranked as one of the top 200 players in Europe in DotA 2 and has represented the Norwegian national team in Warcraft 3 and DotA.

Sky Mavis was founded in 2018 and is on a mission to create economic freedom for gamers by building games that are owned and governed by the communities that play them. We invented the Play-&-Earn (P&E) concept which has revolutionized how people play, live, work and earn within virtual worlds. Our first game to introduce this concept is Axie Infinity, a category-defining blockchain-based NFT game where players breed, battle, and trade digital pets called Axie. Axie Infinity is one of the largest NFT gaming ecosystems and has amassed over 2.5M players around the world.

Three of the original five co-founders met playing CryptoKitties, so that was our initial entrance into the space. We were all collectors or gamers and not necessarily into crypto for the trading aspect but when we discovered it could be a new way to build games that really resonated with all of us. Axie Infinity was created to bring fun gameplay, sound economic design, and true utility to Blockchain-based game assets.

Ultimately, we designed with these three principles in mind: 1) Gamers should be rewarded for the value they create in games. 2) Gamers should be able to trade their game assets with anyone, anywhere. 3) Games should be owned by the communities that play them. 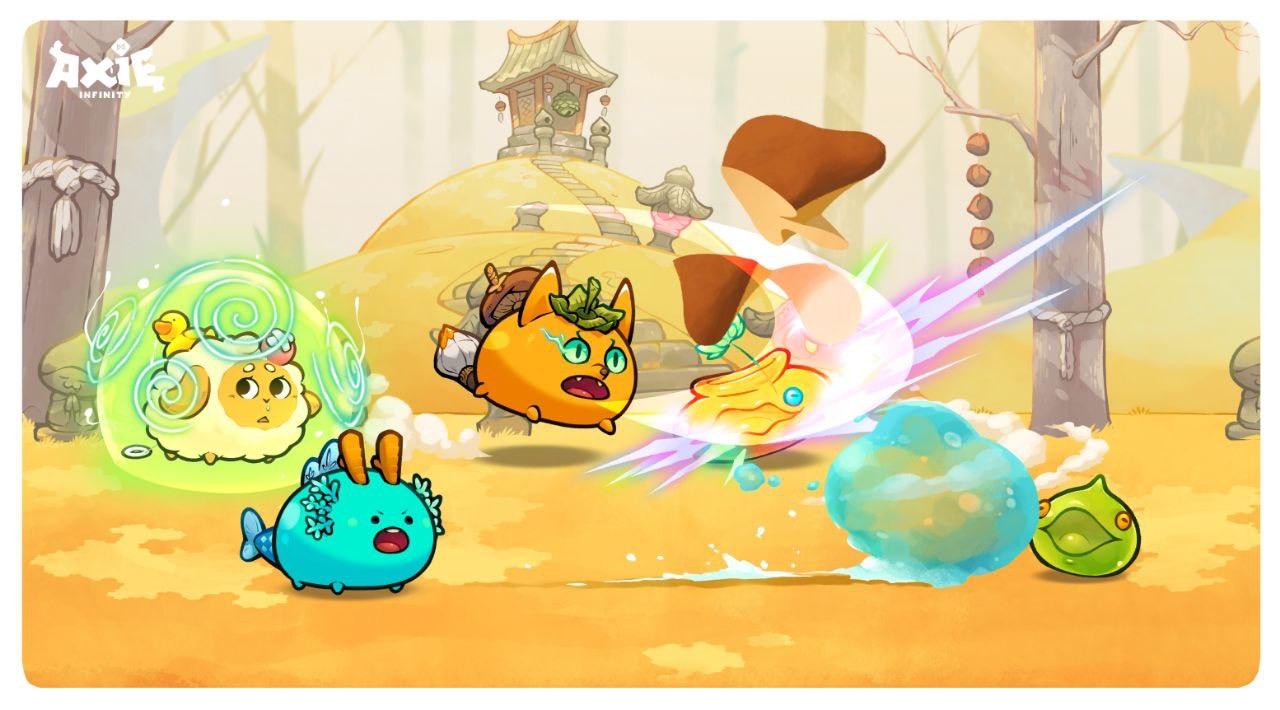 Q, Sky Mavis is creating a sensation in the game field and has seen exponential growth in all aspects such as DAU, sales, investment, company value and AXS prices. As a key member, what do you think the main factors that made this growth?

Our exponential growth is due to two major factors: our proprietary technology and our incredible community. Axie is the first game designed to be owned by the community that plays it.

We believe in: Rewarding value creation: everyone’s time is valuable. People should always be rewarded for creating value, especially within games. Co-creation: a game is a creative partnership between its developers and the community that plays and builds value around it. Co-ownership: your game assets are your property. As a gamer, you deserve property rights and should be able to own the the games you love.

And these beliefs have resonated with our community. Our loyal players have become Axie’s strongest champions with some sporting tattoos, creating esports teams, making educational content, developing tools, and personally onboarding their friends and family. Their love of, and belief in Axie, is a major growth factor.

Additionally, our technology including our distribution platform, The Mavis Hub, our Ronin Blockchain which currently secures nearly $6Bn in assets, and Katana, our decentralized exchange have enabled us to scale fast.

Q, Axie Infinity is based on Ronin, Sky Mavis’ own sidechain. I think it shows your company’s confidence in technology. What made you decide to develop Ronin yourself rather than using other ones?

Up until early 2020, Sky Mavis had been building Axie on the Loom Network, a scaling tool for Ethereum that became a popular platform for blockchain-based games that needed higher processing speeds and lower fees. But when Loom shifted to focus on enterprise use cases, closed down its public dapp services and changed its architecture, Sky Mavis needed a long term solution that made participating in the Axie game and economy, fast, cheap, and seamless.

Today, Ronin’s transaction volume has grown to roughly 4x the number of daily transactions of the Ethereum chain. For more information about Ronin, please see this post.

Q, Successful structural modeling is considered one of the reasons for Axie Infinity's success. Which part did you focus on the most in developing this game? Is there any reason why put the entry cost?

Axie Infinity was always intended to be free-to-play but instead of focusing on building the game out we took a step back and built the infrastructure to be able to go-to-market effectively. The players used our existing framework and turned Axie Infinity into ‘free-to-play’ by creating scholarship systems.

Our belief is that players need to be able to try a game for free, but by limiting the earning potential they will eventually become paying players. Just by being able to get something back should you wish to depart the game is a massive improvement compared to the traditional extractive model.

Q. Axie Infinity is particularly strong in the Southeast Asian market, especially in the Philippines. What do you think is the reason?

Play-and-Earn demonstrates how emerging technologies, such as non-fungible tokens (NFTs) and cryptocurrencies, are providing transformative economic opportunities for communities, especially in developing nations where jobs are lacking, a significant portion of the population is unbanked, and COVID-19 crisis relief has been limited.

Axie Infinity has helped create income-generating opportunities for underserved people around the world; 25% of players are unbanked, and 50% have not previously used cryptocurrencies. This level of ownership and accessibility within the Axie economy is upending society and creating an economically viable digital nation.

In regards to the Philippines, Axie Infinity became a source of income for Filipinos who lost jobs amid the pandemic, with top players earning up to USD $40 within their first few weeks. For families financially impacted by the COVID-19 lockdown, the game allowed them to earn extra income which helped them buy medicine, pay bills, connect to the internet, and also provide financial assistance to others in their families and communities.

Please note, we are using the term Play&Earn instead of Play2Earn. This is important because the majority of our players list community, rather than the economy, as the main reason they play Axie. 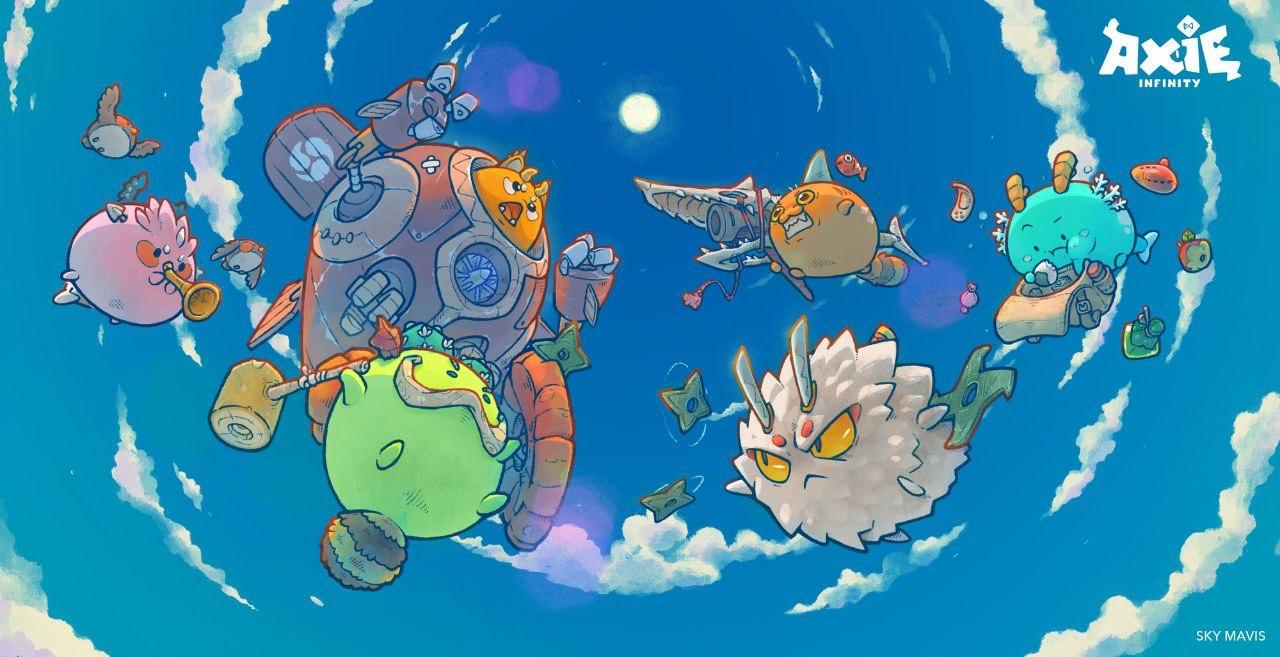 Q. Large companies around the world are also jumping in now. Do you have any strategies to maintain your competitiveness and user base?

We view other blockchain games as synergistic. The more people who play blockchain based games, the more we will see increased adoption.

Q, What role do you think blockchain, cryptocurrency, and NFT can play in the game industries? I wonder how you see the present and future of blockchain games.

It flips the entire industry on its head by holding game companies more accountable. If they don’t deliver, players can sell out and break the economy. On the positive side, it brings more engagement, since people have a tangible upside in the game's success.

NFTs enable the ownership economy and people will build their digital identities by using them. The first step is by playing many games and earning NFTs, which truly belong to players.

Q. In South Korea, blockchain games are not permitted due to ‘speculative’ problems. What do you think about this?

Blockchain games are still in a very early stage. I hope that regulations will change in time, once the other benefits of this new technology become more clear.

Q. What are the major changes and prospects in Axie Infinity expected in 2022? And what is the Sky Mavis' final and ultimate goal or blueprint.

Sky Mavis is on a mission to create economic freedom for gamers and we’ve barely scratched the surface of what we can accomplish. Axie Infinity gives players ownership of in-game assets, enabling players to sell their assets to anyone in the world earning liquid tokens for playing, and being able to own a piece of the game incentivizes players to act more like founders than users.

As Sky Mavis’ first game, Axie Infinity has already achieved up to 33M USD in daily transactions as players turn their time and effort into real value. The total volume of transactions stands at $3.6 billion. Through Axie Infinity, Sky Mavis has built a 100% player-owned, real money economy.

On the Axie Infinity side, we are constantly looking for ways to improve the game and bring better experiences to our community. Battles V2 (Axie Infinity: Origin) is our massive battle upgrade that will make Axie faster, more fun, and easier for friends and family to get started playing by providing starter Axies.

Through this new system, people will be able to fall in love with the game before having to officially onboard onto the system. We will also release several new games in the Axie Infinity universe which are built specifically for the Axies that the players own.

On the tech side, we believe in a future where all in-game resources are freely trade-able tokens and continue to take steps to make this a reality through our DEX, proprietary sidechain, and Ronin mobile wallet.

Q. Lastly, please tell us the outlook for 2022 and leave brief comments to Korean readers.

In 2022 I expect to see more, and better games, launched. As mentioned earlier, we are still in the early stages of blockchain gaming. Next year we will continue to see NFTs grow and eventually become mainstream.

I’m a huge fan of South Korea and hope to come back soon!