The U.S. should not ignore Bitcoin or it risks falling behind China, warns Republican House Leader

Congressman Kevin McCarthy warned that the U.S. will end up losing its future competitiveness to other countries in the rapidly growing crypto economy. 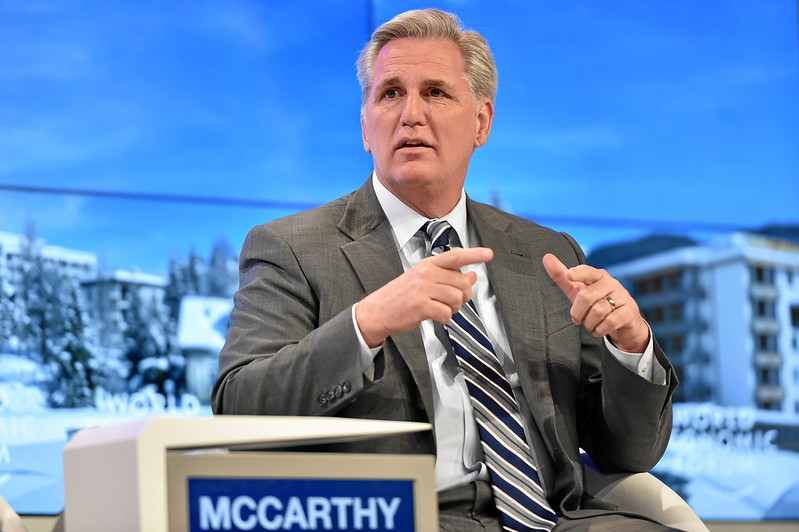 Congressman Kevin McCarthy urged U.S. policymakers to stop ignoring Bitcoin like they tried to in the past. He warned that should such action continue, the U.S. will end up losing its future competitiveness to other countries such as China in the rapidly growing crypto economy.

McCarthy is the Congressman of California’s 23rd district and the Republican leader in the U.S. House of Representatives, according to Bitcoin.com. He aired his concerns on the U.S.’s stance on Bitcoin in an interview with CNBC last week.

During the interview, McCarthy was asked if he felt Janet Yellen, the Secretary of Treasury, and Jay Powell, the Federal Reserve Chairman, had a good understanding of digital currency and Bitcoin. “I was right then and I am right now,” McCarthy told CNBC. “They tried to ignore it to make it go away. Jamie Dimon will tell you that from the beginning he was wrong.”

Last week, Powell commented that cryptocurrencies are vehicles for speculation. “No one is using them for payments, for example, like the dollar,” the Fed Chairman said.

Back in February, Yellen also called Bitcoin a “highly speculative asset” and an “extremely inefficient way of conducting transactions.” The Treasury Secretary also warned of crypto’s use in illicit financing.

However, McCarthy argued that ignoring Bitcoin is not to the best interest of the nation. “This is moving toward the future,” he added. “They should not ignore it.”

The congressman suggested that policymakers need to have a better understanding of crypto’s potential. “Those who regulate ... those who are in Government that make policy better start understanding what it means for the future because other countries are moving forward especially China,” he added.

A regulatory misstep could result in the U.S. losing out its competitiveness in the global crypto economy to other countries in the future. “I do not want America to fall behind,” McCarthy explained. “I want the next century to be ours. That’s why I want to look forward - not backward - and not keep my head in the sand.”

It’s not only McCarthy who’s getting worried that the U.S. could lose out its competitive edge in the crypto industry to other countries. For instance, Silicon Valley investor Ron Conway said that the U.S. needs to position itself as the world leader of the crypto economy.

“There’s going to be millions of jobs created from this trillion-dollar industry and we want those jobs to be in the United States,” Conway said. He added that the crypto-economy could become the next multitrillion-dollar opportunity in innovation.