She believes that the inclusion of crypto assets in retirement funds is a good way to protect its value against inflation. 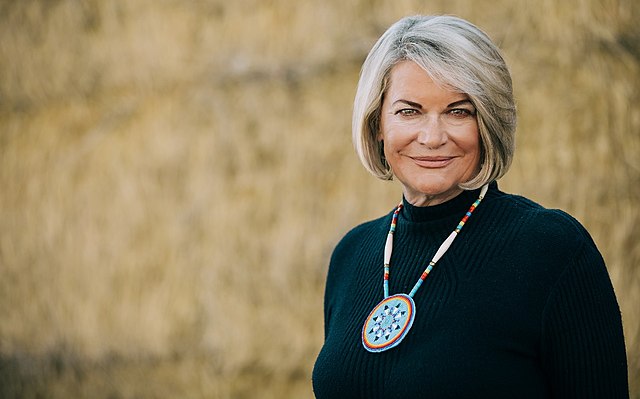 U.S. Senator Cynthia Lummis is known for being pro-crypto and a Bitcoin (BTC) proponent. For Lummis, the ideal future of cryptocurrency is where Bitcoin would become a normal part of a diversified asset allocation strategy used for Americans’ retirement plans.

Senator Lummis recently aired her views on crypto’s future during the CNBC Financial Advisor Summit held on June 29. “Okay well, I would like to see cryptocurrency, like Bitcoin, become part of a diversified asset allocation that are used in retirement funds and other opportunities for people to save for the future,” Lummis told CNBC’s Senior Congressional Correspondent Ylan Mui.

The Bitcoin advocate sees a future where crypto use is common not only among retirement funds but even among regular folks. “So whether you’re an employee that has a retirement fund – I’d like to see those retirement funds invested in bitcoin and other cryptocurrencies that are good stores of value – but I’d also like to see individuals be able to use bitcoin and cryptocurrencies of their preference that are safe, that have met the hurdles of anti-money laundering and Bank Secrecy Act, but that allows people to use their cell phones to send stores of value, bitcoin, to each other,” Senator Lummis added.

The senator cited the case of El Salvador, which recently made Bitcoin a legal tender. This makes it possible for El Salvadorians working in the U.S. to send BTC to their families back home using only their smartphones, which is cheaper, safer, and faster.

“If the son can take a cell phone and send $100 in bitcoin to his mother and she receives $100 in bitcoin, no fees, no concerns about theft or the high fees associated with those kinds of transmission,” Senator Lummis explained. “So, I see it as a way to help everyday consumers and to make sure that they’re not having fees interfere with their ability to transact with each other, as well as just make it very seamless and easy, and same day.”

She believes that the inclusion of crypto assets in retirement funds is a good way to protect its value against inflation. The senator also expressed concerns that the money printing activities of the government could devalue the greenback.

“I encourage people to buy and hold. I encourage them to save bitcoin for their retirement, for their future,” Senator Lummis. “And that’s because, as the Congress spends trillions and trillions of dollars, and is flooding our economy and the world economy with U.S. dollars, there’s no way that we cannot debase the value of the U.S. dollar.”

A devalued dollar could spell trouble for retirees whose funds are not diversified to other assets. “So, I worry about having all of our retirement monies denominated in U.S. dollars,” she added. “So as part of diversification, having a very diverse asset allocation, so you don’t have all your eggs in one basket, I think one of the strongest stores of value for the long run is bitcoin.”