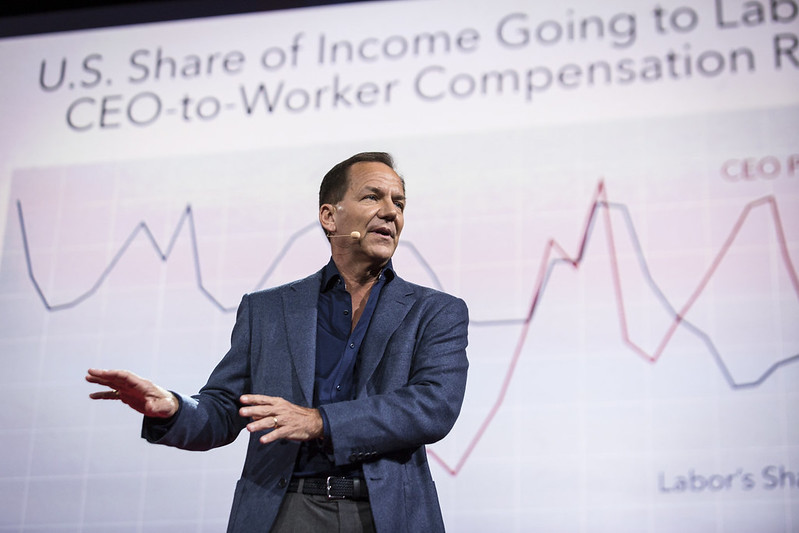 Legendary Wall Street investor Paul Tudor Jones reveals he likes Bitcoin and wants to diversify his portfolio to include Bitcoin into his asset mix. At the moment, he placing a 5 percent cap for his BTC exposure but did not rule out investing more in crypto depending on what the Fed’s next moves might be.

“Listen, I like Bitcoin,” Paul Tudor Jones said on CNBC’s “Squawk Box.” “Bitcoin is math and math has been around for thousands of years. Two plus two is gonna equal four and it will for the next two thousand years.”

The investor said that Bitcoin is reliable and a way for him to invest with certainty. “I like the idea of investing in something that is reliable, consistent, honest, and a hundred percent certain,” Jones added. “Bitcoin has appealed to me because it’s a way for me to invest in certainty.”

When asked if he like Bitcoin at its current price level, Jones opined that he likes Bitcoin as a portfolio diversifier and that he’d allocate 5 percent of his portfolio to BTC. Just like most investors, however, he is still waiting for the Fed to make its move before deciding what to do with the rest of his funds.

“The only thing I know for certain is I want to have 5 percent in gold, 5 percent in Bitcoin, 5 percent in cash, 5 percent in commodities at this point in time,” Jones explained. “I don’t know what I would do with the other 80 percent. I want to wait and see what the Fed is gonna do because what they do will have a big impact.”