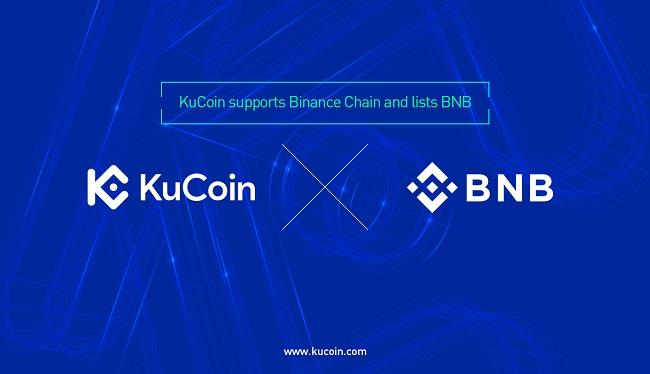 In a press release, KuCoin said that it will start offering BNB trading pairs with Bitcoin (BTC) and Tethers (USDT).

“KuCoin is always willing to support promising blockchain projects that bring values to the world. Blockchain mass adoption is the end game and we are all going after the same objective,” Michael Gan, KuCoin CEO, wrote on Twitter.

Describing KuCoin’s latest initiative a “very smart move,” Binance CEO Changpeng Zhao also tweeted that “Exchanges need good projects. How many exchanges can afford to not have access to Binance Chain tokens/projects? If you are going to support it sooner or later, then sooner is better.”

In addition, KuCoin revealed that it will also be supporting projects running on Binance Chain.

As previously reported, Binance will issue a number of crypto-pegged tokens on Binance Chain, which will also be made available on Binance DEX. The company said the first token to be issued will be BTCB, a BEP2 token 100% pegged to Bitcoin.