O’Leary revealed that he has invested more in Ether (ETH) than in Bitcoin (BTC). 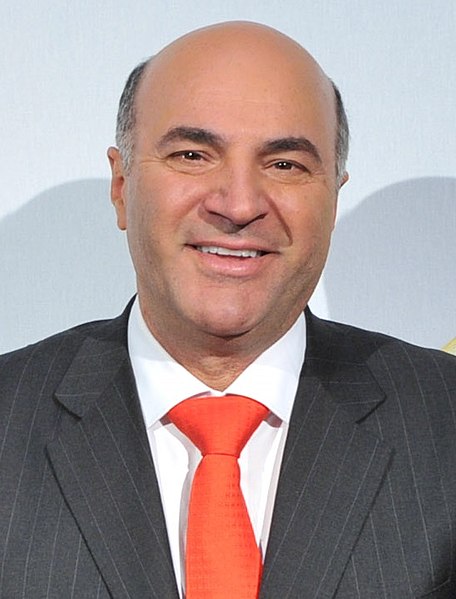 Former crypto skeptic turned investor Shark Tank star Kevin O’Leary shared some of this crypto investment strategy and revealed that he holds Ethereum, Bitcoin, and other coins in his portfolio. He also expressed optimism on the growth of non-fungible tokens (NFTs), which he believes has the potential to get even bigger than BItcoin.

While he owns a number of coins, O’Leary revealed that he has invested more in Ether (ETH) than in Bitcoin (BTC). He cited the growing number of decentralized applications running on the blockchain network as well as the lower gas fees as among the reasons for his preference for ETH.

“Ether is my largest position, bigger than bitcoin,” the Shark Tank star said in an interview with Forbes published Friday. “It’s because so many of the financial services and transactions are occurring on it. Even new software is being developed like Polygon that consolidates transactions and reduces the overall cost in terms of gas fees on Ethereum. I’m an investor in that as well.”

O’Leary explained that he doesn’t view cryptocurrencies such as Bitcoin and Ether as coins or tokens. “I don’t think about bitcoin as a coin or token, I think about it as software,” he explained. “Bitcoin is software. Ethereum is software. Hedera is software.”

His extensive experience in the software industry has given him a unique perspective when making investment decisions. “So I’m just viewing the entire crypto industry as software development teams and I spend my time speaking with them—I just came back from Dubai where I met the Polygon team—and make investment decisions based on the skills of those software engineers,” O’Leary explained. “I know the market is going to be the market, it will determine the winners and the losers of these platforms. But at the end of the day, it’s the really strong creative software engineers that you want to bet on.”

He also mentioned some of the cryptos he currently owns. “I own Hedera, Polygon, Bitcoin, Ethereum, Solana, Serum—these are bets on software development teams and there are many, many use cases for them,” the Shark Tank host said. “I think we’re going to see a lot of different use cases emerge over time.”

He also shared the qualities that could separate the winners from the losers. “At the end of the day, what determines the platform’s success and value is the speed and level of adoption,” he said. “That occurs when the team has developed a platform that solves an economic problem.”

The Shark Tank star also expressed optimism on the growth of the non-fungible token niches and believes it might even surpass BTC. “I think non-fungible tokens are going to be bigger than bitcoin,” O’Leary opined. “They offer so much value around authentication, inventory management and all kinds of use cases in different asset classes. I prefer NFTs tied to hard assets, physical assets; the one that I’m working on developing a white paper for is the watch industry.”