Bitmain, one of the largest Bitcoin mining equipment manufacturers in the world, is reportedly planning to exit from the Chinese market. 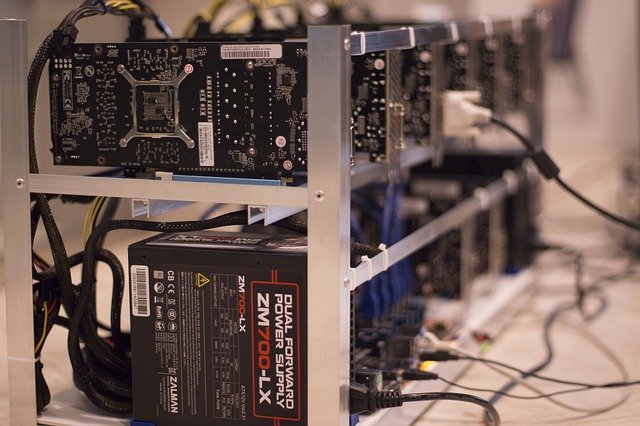 Image by Лечение Наркомании from Pixabay

One of the largest Bitcoin mining equipment manufacturers in the world, Bitmain, is reportedly planning to exit from the Chinese market. The move came after China‘s announcement of a sweeping ban on crypto trading and other related transactions as well as mining, according to sources familiar with the matter.

Three sources said that the Beijing-based Bitcoin (BTC) mining hardware manufacturer plans to move its production from Shenzhen to other countries, according to Coindesk. The sources added that the company’s decision to relocate its production is for compliance with the latest crypto mandates issued by the People’s Bank of China (PBOC) on September 24.

Two of the sources are in charge of the acquisition of crypto mining equipment for major mining pools while the third source has ties with Chinese Bitcoin miners. The sources spoke on condition of anonymity as they were not authorized by Bitmain to talk about the matter publicly. The company also declined to comment on the issue.

After PBOC declared all crypto-related transactions illegal in the country last week, a number of firms have already initiated moves to comply with the new guidelines. For instance, e-commerce giant Alibaba announced that it will prohibit the sale of crypto mining machines and accessories on its platform starting on October 8.

“For violations such as maliciously evading rules, deliberately confusing product information, intentionally placing products into improper categories, falsely exaggerating products, Alibaba.com will impose penalties according to the severity of the violations, which include but are not limited to removing or deleting products, deducting points, restricting the use of website functions, and closing accounts,” the company said.

SparkPool, a Chinese Ethereum mining pool operator, announced on Monday that it will shut down its services by the end of September. Eighteen platforms providing crypto-related services have either announced their exit from the Chinese market or are already inaccessible.

HOW I RECOVERED MY LOST COINS. I’m sure not everyone out there have learned about Michael Murphy Hacks. I'm so glad I met this amazing RECOVERY SPECIALIST after doing my research online. A scammer on discord contacted me and tried to lure me into a binary options investment scheme which I was reluctant to join, this guy later found his way to my email address after exchanging contact and stole all of my coins worth about $40k and I was absolutely devastated, because I felt I was careful enough, but you can never be too careful with these rippers. I sprung into action, I did some personal research and I read great testimonies about an excellent and very prompt recovery agent known as Michael Murphy - contact address [[email protected] repairman. com/Whatsapp: +1 (925) 238 2217]. I provided Michael with basic information and requirements after I reached out to him, he swung into action and retrieved all I lost funds within a week of investigative and hacking services . I am so excited for this great favor and I promised to tell the whole world about this great guy “Michael”. Be sure to contact Michael via the above contact info if you are seeking to get back any digital currency lost to crypto scammers

I am very pleased with the help CYBER CREDIT GURU rendered in restoring my credits. I am a disabled Veteran who over the past 2 years had to let my credit go due to health priorities that were not covered by VA & other insurance, my credit scores were 514 Experian, 515 Equifax, and 518 TransUnion. No public records, only 3 open Accts but several collection Accts with Zero Balances, few Weeks ago, I ran into some Credit blogs on the net which led me to CYBER CREDIT GURU the most talked about US based Russian hacker, who tremendously repaired and upgraded my credit score to 784, 789, and 802 within the 3 Bureaus in just a Week after I contacted him. If faced with similar challenge, connect with him via: C Y B E R C R E D I T G U R U (AT) G M A I L (DOT) C O M or Call / Text: +1(650) 239 7249 you too can be helped, I recommend him without hesitation.
More
Breaking
Jul 15, 2021 (Thursday)