U.S. SEC Chairman agrees with staff analysis that Ethereum is not a security 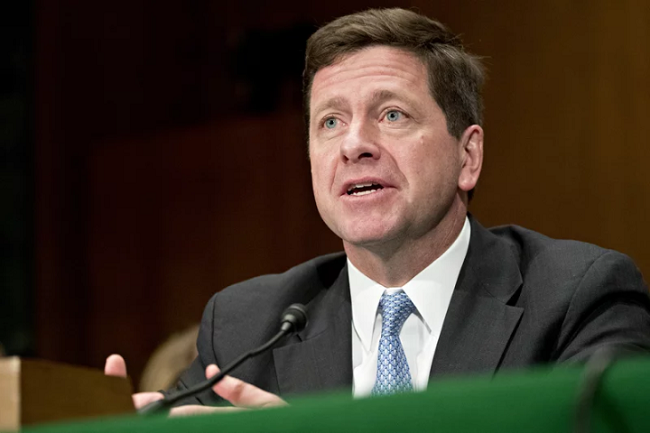 The U.S. Securities and Exchange Commission’s chairman Jay Clayton has agreed to the analysis by the SEC staff that found that Ethereum is not a security.

In a speech last year, William Hinman, Director of the Division of Corporate Finance at the SEC, had said:

“Based on my understanding of the present state of Ether, the Ethereum network and its decentralized structure, current offers and sales of Ether are not securities transactions.”

In an online post dated March 12, Jerry Brito, Executive Director of Coin Center, said that they worked with Rep. Ted Budd to send a letter to Chairman Clayton asking whether he agreed with Hinman’s approach.

In response to the letter, Clayton has now said, “I agree that the analysis of whether a digital asset is offered or sold as a security is not static and does not strictly inhere to the instrument.”

Without explicitly calling out Ethereum in his response, Clayton said that although a digital asset may be offered and sold initially as a security as per the definition of an investment contract, it might change over time. He explained:

“I agree with Director Hinman's explanation of how a digital asset transaction may no longer represent an investment contract if, for example, purchasers would no longer reasonably expect a person or group to carry out the essential managerial or entrepreneurial efforts. Under those circumstances, the digital asset may not represent an investment contract under the Howey framework.”

"The SEC clarification of the status of Ethereum is a good first step towards overall clarity on future blockchain and cryptocurrency regulation.

"I think cryptocurrency exchanges are glad to see regulatory guidance in this case and in others as well. Understanding how to deal with a tradeable asset and the rules you need to adhere to makes it easier for the exchange to provide a valuable service to their customers."