Revolut just launched its banking app in Japan, its first expansion into a non-English speaking market. 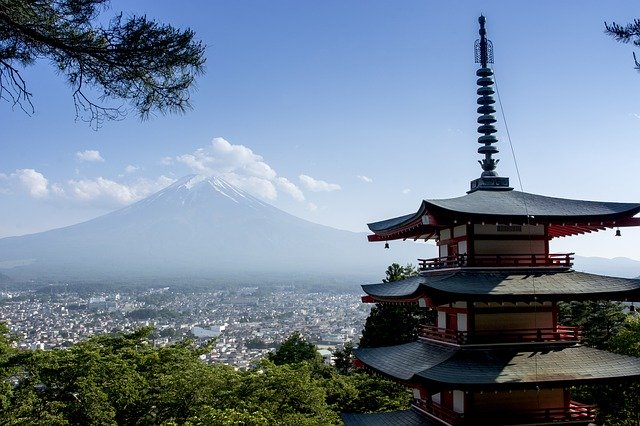 Image by Yuki Mao from Pixabay

It looks like Japan’s already crowded fintech sector just welcomed another new entrant into the niche. Revolut, the U.K. startup known for recently launching cryptocurrency trading services to its U.S. clients, just entered the Japanese market with the launch of its digital banking app in the country.

U.K.-based Revolut just entered into the Japanese market via the launch of its digital banking app on Tuesday, according to Nikkei Asian Review. Its expansion to the East Asian country is the fintech startup’s first in a non-English speaking market.

Japanese users will receive a Revolut-branded Visa debit card. However, it appears that the banking app launched in Japan will only have a limited number of functions initially. Confirmed functionalities include the ability to make international fund transfers as well as the support of up to 23 currencies.

It is yet unclear if Revolut will be rolling out its cryptocurrency trading services as part of its initial launch. Cointelegraph reached out to the company for confirmation but did not yet receive a response.

Revolut launched ins debit card in the U.S. in March and later added the ability to trade in Bitcoin (BTC) and Ethereum (ETH) in July, according to Mashable. The platform later added Bitcoin Cash (BCH) and Litecoin (LTC) into its roster of tradable tokens by August due to demand from U.S. clients.

“At Revolut we pride ourselves in being a customer-obsessed brand,” Revolut’s Head of Crypto Edward Cooper said. “Since we launched our crypto offering in the States, we had swarms of customers requesting that we add Bitcoin Cash and Litecoin to the product. So, we took notice, got straight to work, and were able to deliver in just four weeks.”

While the tourism and business travel industries in Japan might have been negatively affected by the ongoing coronavirus pandemic, demand for online services spiked due to the social distancing measures put in place. Revolut said that thousands of expatriates living in the country have already signed up for their online banking services.

One edge of Revolut’s app over others is its multiple functionalities. “Foreign finance apps are specialized, but Revolut will offer them all in one app,” head of growth for Revolut Japan Haegwan Kim said.

I am a cryptocurrency trader and i make over 200% daily, If you are interested,i can teach you how to trade and also help you achieve your goal in life with crypto i can turn
$4500 into $35000 in less then four weeks,now that bitcoin has low prices...please note that cryptocurrency trading is bitcoin unlike binary and Forex,bitcoin is traded for altcoins also you can reach to me if you are new to bitcoin and to give you more info and guideline on how to invest smartly, this is opportunity life time knocking on your door ???? inbox me for more info....contact me on WhatsApp +1(206)-742-5358 thank you to you all and God bless you ...................