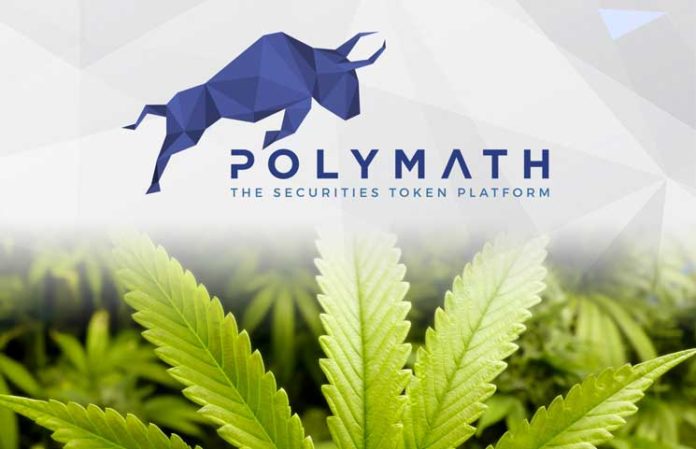 Update: In an email to TokenPost, a Polymath executive said that the claim made by Kim regarding Samsung’s investment in the said cannabis fund is not correct, adding, "Samsung has NOT invested $60 million into 7Pass at this time.”

Founded in 2017, Polymath Network is a decentralized protocol that makes it easier to raise capital and create security tokens. The Polymath ST-20 standard embeds regulatory requirements into the tokens themselves, restricting trading to verified participants only.

Speaking at the Bitgosu Meetup, Heslin Kim, VP of Business Development at Polymath, explained that Polymath aims to make it easy and accessible for anyone to tokenize a security.

"We have five STOs that are live – there are four private placements and one public placement. Now, the public placement is interesting because it has been registered in 8 different jurisdictions that include the UK, Israel, Germany, France, Switzerland, China, Singapore, and Japan. So, we have done an amazing job to be very international with what we are doing with security token raise…” Kim said.

"On the private side, we have done four private placements and one of the most interesting of the fact is that there is a tokenized Cannabis fund, that’s based out of California and what they are doing is they are investing into…Cannabis grow operations, distribution centres, R&D for medical purposes – and even more…I think…shocking is the fact that Samsung has invested in that and they have closed $60 million security token deal with 7Pass.”

7Pass is a startup that aims to provide “an investment vehicle spanning a spectrum of emerging investment opportunities in the cannabis sector.” It believes that new health and medical benefits awareness will drive significant demand beyond the current cannabis market, which according to the white paper, is larger than the markets for wine or chocolate.

According to the details, 7Pass Token, an EIP-20 token built on the Ethereum blockchain, is issued by 7Pass Holdings, a wholly-owned subsidiary of I.C.E. Malta Limited, formed under and governed by the laws of the Republic of Malta.