FxWirePro: BTC/USD finds support at 90-EMA, good to go short on break below 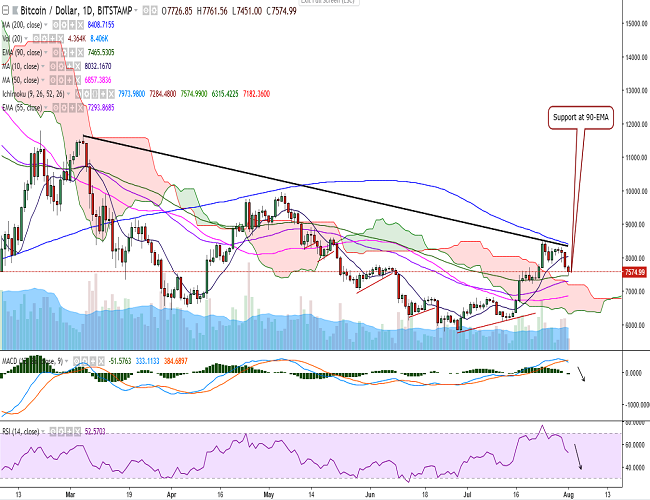 BTC/USD briefly fell below 7500 levels on Wednesday as it broke below 10-DMA support (Bitstamp).

The pair is over 10 percent down since it hit near 8300 levels and is currently trading at 7537 levels.

According to Reuters, the downtrend was triggered partly from disappointment resulting from the U.S. SEC, which reaffirmed an earlier decision to reject the bitcoin ETF application from Cameron and Tyler Winklevoss.

Momentum Studies: Technical indicators are bearish on the daily chart – stochs biased sharply lower, MACD on the verge of a bearish crossover and RSI at 52 with lower bias. Bias appears bearish on intraday charts as well.