Crypto investment firm Galaxy Digital lays off 15% of its workforce 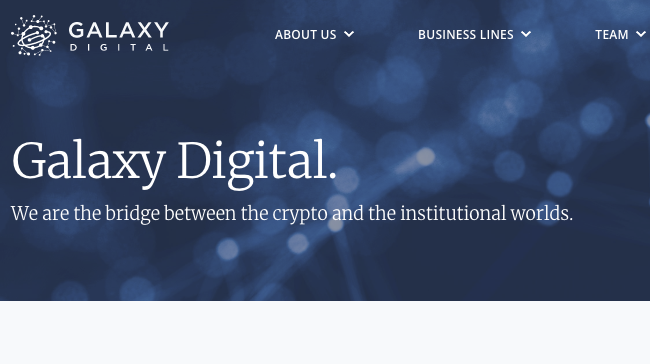 Crypto investment firm Galaxy Digital, founded by Wall Street veteran Michael Novogratz, has laid off 13 people which is about 15% of its workforce, CoinDesk reported.

Sources familiar with the matter told the news portal that the layoffs have happened across all business divisions – asset management, trading, principal investments, and advisory services. However, none of the divisions has been discontinued.

Nearly 80 people are now left on staff. A source revealed that the company has already begun the process of hiring for several open positions. That said, none of these job postings have been listed on the firm's LinkedIn page yet. The sources said that the layoffs were nothing but a “standard year-end” activity.

Another insider, a former employee, revealed that the firm hired people anticipating a rapid growth of digital asset markets. However, with the actual growth turning out to be less than expected, Galaxy Digital realized that it was overstaffed.

Novogratz reportedly had mentioned the cuts in a meeting to kick off the year.

Galaxy Digital was founded in 2018 but has yet to make consistent profits. Its net loss dropped to $68 for the third quarter of 2019 from $77 million in the previous year. The firm made $58 million in profit for its first nine months last year.

Blockchain startup ConsenSys also recently cut down its workforce by 14%. The layoff followed the company’s decision to shut down its operations in India and the Philippines in December 2019.

I am a cryptocurrency trader and i make over 200% daily, If you are interested,i can teach you how to trade and also help you achieve your goal in life with crypto i can turn
$4500 into $35000 in less then four weeks,now that bitcoin has low prices...please note that cryptocurrency trading is bitcoin unlike binary and Forex,bitcoin is traded for altcoins also you can reach to me if you are new to bitcoin and to give you more info and guideline on how to invest smartly, this is opportunity life time knocking on your door ???? inbox me for more info....contact me on WhatsApp +1(206)-742-5358 thank you to you all and God bless you ............:::..:.............
More
Breaking
Feb 21, 2020 (Friday)