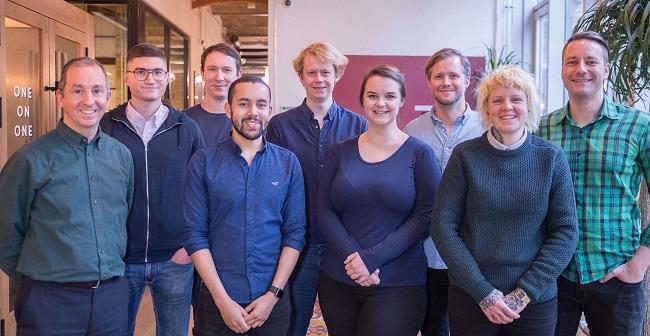 Arweave aims to be “the catalyst that brings the decentralised world to life, and enables all of humanity’s knowledge to live forever.” It is a decentralized protocol that offers permanent data storage, meaning that it allows saving webpages, tweets, emails, PDFs, and webapps permanently in a simple and economical manner.

“Arweave’s mission is to become the new Library of Alexandria, but invulnerable to the pitfalls of centralised points of failure, ensuring that humanity’s shared knowledge and history is available to all future generations,” said Sam Williams, Founder of Arweave.

Permaweb enables building websites that live forever on a smart blockchain, all while keeping costs low and speeds high. All content on the permaweb is immutable and cannot be lost.

Webpages, PDFs or apps are saved on the permaweb through a free Chrome, Firefox or Brave extension. Once installed, the extension prompts users to set up a wallet, which is subsequently funded with one free Arweave token. Once set up, users simply click the “Archive this Page” from the Arweave extension for any page on the web.

Williams began working on the project in early 2017 and the Arweave mainnet went live in June 2018. Since then, Arweave said its user base has been growing rapidly, adding that monthly transaction volume has grown five fold over the past 6 months.

According to a press release, the Arweave community committed over 50,000 objects in October alone and has developed over 100 apps since the mainnet launch. Arweave said that it will use the fresh funding to hire developer relations team members and support the project as it ramps up marketing and commercialization efforts this fall.

“We have achieved exceptional growth in a small period of time. With Multicoin, USV and a16z crypto joining 1kx and Techstars, we now have the support of the very best backers in the space. Combining their wealth of experience and skills with the power of our amazing community, we’ll be able to grow the core team and push adoption even faster,” Williams said.

Kyle Samani, Managing Partner, Multicoin Capital, said that Arweave is building a critical piece of infrastructure in the Web3 stack.

“We don’t expect Arweave to replace the Internet Archive; rather, we expect the market to expand exponentially as there are many verticals beyond internet archiving that want permanent storage but didn’t know it was possible before. Arweave is pioneering an absolutely world-changing idea,” Samani said.