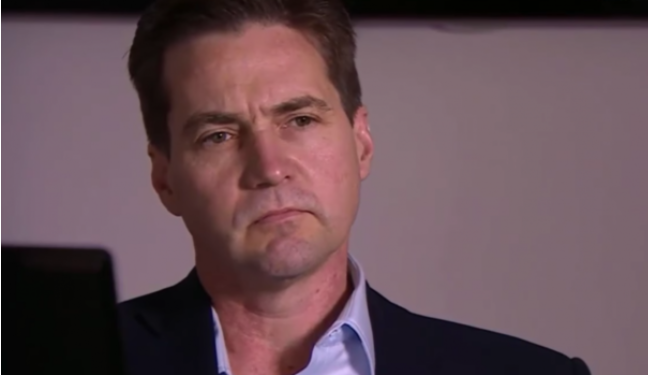 Wright has filed registrations for the bitcoin white paper, entitled “Bitcoin: A Peer-to-Peer Electronic Cash System,” and “Bitcoin,” which refers to the original 2009 code.

A person/ group of persons, going by the alias “Satoshi Nakamoto,” released the bitcoin white paper in 2008. While there have been many attempts to unmask Satoshi, reports started floating in the media back in 2015 about Wright being the bitcoin creator and at the Bitcoin Investor’s conference in the same year, he said:

“I’ve been involved with all this [bitcoin] for a long time. I—try and stay—I keep my head down. Um…”

Earlier this year, Wright claimed that he is the person behind Satoshi in a letter to the U.S. Commodity Futures Trading Commission (CFTC). He wrote:

“My name is Dr. Craig Wright and under the pseudonym of Satoshi Nakamoto I completed a project I started in 1997 that was filed with the Australian government in part under an AusIndustry project registered with the Dept. of Innovation as BlackNet.”

That said, the authenticity of his claims remains questionable to date. Numerous counter reports have also made the rounds arguing that Craig has not offered any conclusive evidence to back up his claims.

A press release on the latest development sent to CoinDesk states that Wright plans to assign the copyright registrations to Bitcoin Association to hold for the benefit of the Bitcoin ecosystem. Founding President Jimmy Nguyen said:

“We are thrilled to see Craig Wright recognized as author of the landmark Bitcoin white paper and early code. Better than anyone else, Craig understands that Bitcoin was created be a massively scaled blockchain to power the world’s electronic cash for billions of people to use, and be the global data ledger for the biggest enterprise applications. We look forward to working with Craig and others to ensure his original vision is recognized as Bitcoin and is realized through BSV.”

CoinDesk clarified that mere registration does not imply ownership, adding that the copyright process is such that anyone can register anything. Jerry Brito, executive director at advocacy group Coin Center, explained in a tweet:

Registering a copyright is just filing a form. The Copyright Office does not investigate the validity of the claim; they just register it. Unfortunately there is no official way to challenge a registration. If there are competing claims, the Office will just register all of them. https://t.co/YA70ALpG1Y