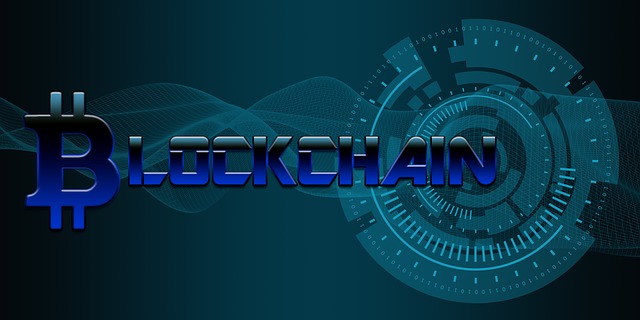 Blockchain technology, which was once confined to being the backbone of cryptocurrencies which started with the inception of bitcoin nearly 10 years ago, has attracted global interest from across industries.

While one may often hear negative comments or views on digital currencies – comparing them to scam, Ponzi schemes, etc – it is very rare to hear similar views on the underlying technology.

So when well-known American economist Nouriel Roubini said, "Blockchain is useless, all ICOs are scam”, it was bound to invite counter arguments from the proponents of blockchain technology. Roubini had also dismissed the comparisons between blockchain and the internet, saying that the adoption of this technology is nowhere close to that level.

TokenPost reached out to some of the experts in this field to hear what they have to say on Roubini’s comments. While they agreed that a number of ICOs are scams, they said that it is premature to call blockchain as useless as the technology is itself at a nascent stage.

Angel Versetti, CEO of Ambrosus, said that blockchain technology, similar to the internet, will bring a new paradigm and “radically transform the way business is done and how value is captured.” He pointed out that there are thousands of promising projects across the world, each working on transformative solutions – from financial applications, supply chain management, identity , security or a myriad of other potential use cases.

“Even if some ICOs are scams, this does not make blockchain itself useless, just as how the large number of opportunistic startups during the dotcom bubble did not make the internet itself useless. If Blockchain is useless, why are 84% of the global companies using blockchain for their business activities?” Versetti said, adding that the technology, similar to AI, may need some time to mature. “The core value proposition of the blockchain - being an immutable publicly-shared ledger - has a powerful value proposition beyond the economic, as it offers the potential for both social and political disruptions.”

“ICOs are an innovation that remove the barriers for public participation in financing or launching projects or businesses, and thus they provide people with new opportunities. Just because some actors abuse ICOs does not make all ICOs scams. Indeed, public education and maturation of the industry will make ICOs as prevalent as IPOs and accelerators are today,” Versetti added.

Fran Strajnar, CEO of Brave New Coin, believes that ICOs in their current form need to die and be reborn as a viable method to crowdfund capital and democratize industry.

“To claim all ICOs are a scam is as naive as stating that the combustion engine is a scam and nobody will stop using the horse & buggy. These are words of uninformed people who lack the foresight to see where this nascent new technology is heading towards,” Strajnar said.

Echoing similar views, Nicolas Gilot, Co-CEO of blockchain-powered gaming distribution platform Ultra, emphasized that painting the whole industry with the same brush is unjust and an inaccurate description of the blockchain and crypto industry as a whole.

“Each ICO is unique; raising different amounts for different tokens, ideas, or teams. Are all of them a good investment? No, but it’s not new that a vast number of startups fail — ICO or not. ‘Never invest in a business you can’t understand’ is probably the most powerful adage for ICOs. The legal framework [on ICOs] still needs to be clarified but the SEC is taking a solid approach, which can only be a positive thing,” Gilot said.

“Blockchain today is like the internet was in the early 1990s and so describing all ICOs as scams, is like saying all companies founded during the internet bubble were scams. We know this isn’t true. It’s important to remember that blockchain technology is about so much more than just cryptocurrencies. Many projects don't even have a currency and as a result couldn't conduct an ICO, yet they are perfectly valid solutions and are solving very real trust-related problems.”

Zhuling Chen, Co-founder of aelf, compared the significance of blockchain technology to the invention of steamboats to conduct long-haul convoy by the ocean.

“Pretty sure that during the internet bubble, similar accusations have been made towards the internet. Blockchain provides a trustless and immutable ownership and transaction settlement, which traditionally have to always rely on a third party and complicated mechanism to maintain its fairness. This creates unprecedented opportunity to protect value ownership and smooth value exchanges,” Chen said.

“Initial coin offerings, as one of the more widely known use cases of blockchain technology, have been under heavy scrutiny due to numerous scams. However, it opens up global funding opportunities for retail investors who are passionate about technology, and new innovative projects are funded to pursue their aspirations. Yes, the industry is definitely over-hyped, but it also has attracted real talents into the market, and a revolution is yet to come.”

Nydia Zhang, Co-founder and Chairwoman of Social Alpha Foundation, a not-for-profit grant making platform supporting blockchain technology for social good, explained that it is important for people to understand that even though crypto is experiencing a bear market at the moment, that doesn’t mean blockchain itself is failing.

“ICOs are a novel form of fundraising, and while they have come under increased regulatory scrutiny recently, we are still learning how to strike the right balance between regulation and innovation. Like any investment, there is always the risk of fraud and it’s up to each individual to delve deeper and look into fundamental content like project concept, token utility, and cryptoeconomics,” Zhang said.

Gabriele Giancola, CEO and Co-founder of qiibee, believes that it would be irresponsible to refute the immense potential blockchain technology carries.

“We are all aware of the ‘pump and dump’ schemes and other scams surrounding ICOs, and while they cast a shadow over the industry, they are not a true reflection of the blockchain and crypto space. With increased regulation, strict guidelines, and legal standards now in place, we will hopefully see a significant reduction in fraudulent behaviour within the space,” Giancola said.

“More and more multinational corporations including Microsoft, Google, and JP Morgan, as well as governments worldwide, are choosing to explore the technology and invest in R&D, which clearly shows that large companies are taking the industry seriously and believe in the disruptive power it has which can only be a positive thing.”