Bitcoin (BTC) is now more popular than gold among investors in the U.S.

Bitcoin overtook gold and is now the fourth most popular investment vehicle in the U.S. 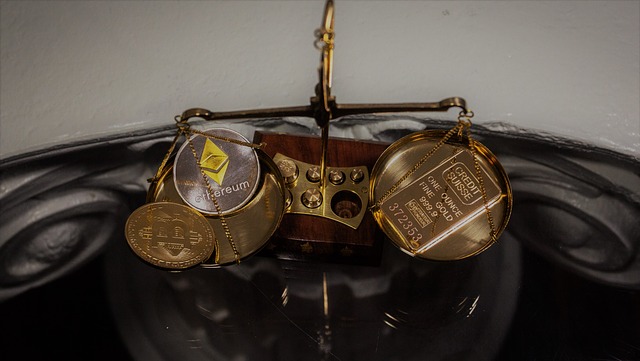 Bitcoin is now becoming a more popular investment option among American households. While the crypto overtook gold in popularity in the U.S., BTC is not as popular among Japanese investors based on a recent study by a Tokyo-based crypto exchange.

Japanese crypto exchange Bitflyer recently released a research paper on crypto sentiments and investment trends in the U.S. and Japanese markets, according to Bitcoin.com. The report confirms the rising popularity of Bitcoin among American investors as it is now ranked as the fourth most popular investment vehicle in the U.S.

Bitcoin grabbed the fourth spot from gold as the precious metal slid down to the fifth spot. Stocks occupied the top spot followed by the group consisting of 401K, certificate of deposits, and insurance at second place, while real estate was the third most popular investment vehicle for Americans.

The research also made a comparison between the investment trends in the U.S. and Japan. While Bitcoin became more popular than gold in America, the crypto is not as popular in the Japanese market.

However, the research did not indicate how the survey was done and did not offer an explanation of the marked difference in the sentiment for cryptos between American and Japanese households. It can be assumed that crypto’s rise in popularity in the U.S. can be attributed to the market rally, which saw most cryptocurrencies such as Bitcoin (BTC) and Ether (ETH) establish their new all-time highs. However, it can’t be explained why the rally did not improve Japanese sentiment toward cryptos.

RECOVERY OF STOLEN BITCOIN RECOVERY OF LOST MONEY TO SCAMMER LEGIT RECOVERY EXPERT REFERRAL Have you ever been a victim of a scam? or have you lost your money to fake hackers online? I implore you to contact this trustworthy hacker and recovery expert [email protected] , I was a victim of fake people posing as binary options and bitcoin investors, I lost a sum of $4,000 and 2BTC from my bitcoin wallet to these fakes. it took a while before I realized they were scams and this really hurt me. Then an in-law of mine heard about it and recommended to me a specialist with the address - [email protected] . He helped me recover my lost bitcoins in less than 72hrs and the fakes were caught and made to pay for what they did to me .if you have lost any amount to online scams and you're seeking to recover them, in fake hackers, online dating scams,btc wallet hack, fake binary investors .Reach out to Quadhacked to help you ,and you will be so glad you did so, best believe .
More
Breaking
Mar 8, 2021 (Monday)